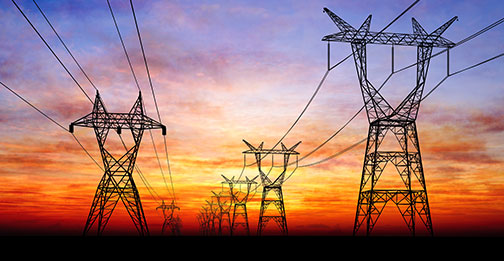 Consumers always pay in the end when regulations are created. END_OF_DOCUMENT_TOKEN_TO_BE_REPLACED

Let me expand this topic by saying probably any big box retail like Target, Lowe’s or even a mall. END_OF_DOCUMENT_TOKEN_TO_BE_REPLACED

When the Paris Agreement was signed by many nations last year, it was celebrated as some magic bullet to fix the earth of global warming. Now, after looking into the details, it’s an unmanageable boondoggle of failed philosophy.  END_OF_DOCUMENT_TOKEN_TO_BE_REPLACED

Europe is seen as the future of environmentalists philosophy, but not for long.

With skyrocketing energy rates for customers to fund “renewable energy” projects, many nations are deciding to cutback on investments.

Here’s more from the DailyCaller.com:

The average European spent 26.9 cents per kilowatt-hour on electricity during the last full year of data, while the average American only spent 10.4 cents, according to an analysis of government data previously published by The Daily Caller News Foundation.

Even EU nations where power is relatively cheap pay a lot more for power than any U.S. state. Great Britain, for example, pays an average of 54 percent more for electricity than Americans paid last year. Much of the expense comes from subsidies for green energy, which account for roughly 7 percent of British energy bills, according to government study released last July.

Power prices are so absurdly high on the continent that cutbacks have already been made. Denmark’s new government pledged to reduce the amount of money it spends on “green” energy by 67 percent in December, and Germany plans to abandon the construction of new wind power plants by 2019.

The physics of energy is a constant reliable source to create it. Renewable energy is not that END_OF_DOCUMENT_TOKEN_TO_BE_REPLACED

Nuclear power has been long forgotten by many, but it is making a come back. END_OF_DOCUMENT_TOKEN_TO_BE_REPLACED

END_OF_DOCUMENT_TOKEN_TO_BE_REPLACED

Saudi Arabia has recently announced a very aggressive plan to start introducing nuclear power plants and big solar farms into their power supply grid to replace hyrdrocarbons. I find it insane the U.S. does not pursue nuclear energy in all forms. It would stabilize the entire country and be a source of power for decades to come. Here is the entire article but will pass along the highlights.

The Saudi Royal Family hopes that nuclear will provide 15% of the Kingdom’s power (18 GWe) within 20 years, together with a similar 15% (40 GWe) from solar. They are planning to invest $80 billion to build over a dozen nuclear power plants as fast as possible, intending for the first reactor to come online in only eight years. Investment in solar for the same energy production will take about $240 billion in investment, although breakthrough technologies in the next decade should cut that cost in half.

Two largest uses of power in the Middle East are for desalinating seawater and residential cooling. Saudi Arabia desalinates over 250 billion gallons of seawater each year, and that number will double in the next ten years as the population and industrialization increase.

Saudi’s neighbor, Abu Dhabi in the United Arab Emirates started towards the solar/nuclear combination as well. Here is an interesting note to show how much solar it takes to equal nuclear power

Recently the UAE opened what was, at the time, the largest solar plant in the world, the 100 MW Shams 1 at a cost of about $600 million. But two hundred Shams 1 arrays will be needed to equal the output of the four Barakah nuclear reactors.