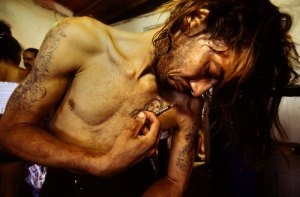 Heroin is clobbering the state of Indiana and it comes with an enormous financial cost. Law enforcement, imprisonment, children removed from homes and other costs are all there for many to dissect. The DEA recently put out an alert of a possible explanation of why people are overdosing on heroin.

The United States Drug Enforcement Administration (DEA) today issued a nationwide alert about the dangers of fentanyl and fentanyl analogues/compounds. Fentanyl is commonly laced in heroin, causing significant problems across the country, particularly as heroin abuse has increased.

In the last two years, DEA has seen a significant resurgence in fentanyl-related seizures. According to the National Forensic Laboratory Information System (NFLIS), state and local labs reported 3,344 fentanyl submissions in 2014, up from 942 in 2013. In addition, DEA has identified 15 other fentanyl-related compounds.

Fentanyl is a Schedule II narcotic used as an analgesic and anesthetic. It is the most potent opioid available for use in medical treatment – 50 to 100 times more potent than morphine and 30 to 50 times more potent than heroin. Fentanyl is potentially lethal, even at very low levels. Ingestion of small doses as small as 0.25 mg can be fatal. Its euphoric effects are indistinguishable from morphine or heroin.

Costs associated with saving an overdosing addict are skyrocketing as well. More municipalities are wanting police to carry heroin antidotes since they are usually first to encounter a person overdosing. Foxnews.com had a post about the antidote naloxone.

Naloxone reverses the effects of opioids – drugs derived from opium, including heroin – on brain receptors. But a price increase late last year means that instead of buying 400 naloxone kits for a little under $21,000 – at $51.50 per kit paid to a third-party distribution company – that’s now enough for only 200, at just under $100 per kit, a negotiated discount that’s $5 cheaper than what he was quoted.