With Super Bowl LV just days away, people across America will be gearing up in putting some money down on the big game.

END_OF_DOCUMENT_TOKEN_TO_BE_REPLACED

In Nevada alone, bettors have shown their love for football by plopping down billions in bets. END_OF_DOCUMENT_TOKEN_TO_BE_REPLACED

END_OF_DOCUMENT_TOKEN_TO_BE_REPLACED

This Sunday will be the grand daddy of them all for football fans and also one of the biggest betting events for bettors.

END_OF_DOCUMENT_TOKEN_TO_BE_REPLACED

The lottery system is still a big draw for Indiana residents.  END_OF_DOCUMENT_TOKEN_TO_BE_REPLACED 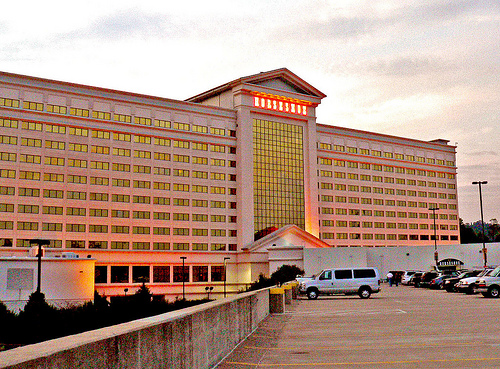 Major source in tax revenue for Indiana has taken a big hit in the last decade. END_OF_DOCUMENT_TOKEN_TO_BE_REPLACED

Saw an interesting tweet today on how much Americans will illegally bet on college and NFL football this year. END_OF_DOCUMENT_TOKEN_TO_BE_REPLACED

If you’re looking for a reference guide in how to bet….I mean “invest” money on the Super Bowl coming up this Sunday, here’s some data and my pick to maybe help your decision making. END_OF_DOCUMENT_TOKEN_TO_BE_REPLACED

Tis the season where millions of Americans take a gamble in starting to fill out their NCAA tournament brackets. Men and women will take out their wallets and throw down some money to enter in a pool with other in the hope they make some easy money in applying their college basketball knowledge. How much money do Americans spend during this time of year? It’s very hard to estimate since 90% of all NCAA tournament gambling is off the books. But lets take a look at some history to guage this sports investing event.

In 1999 there was a report issued by then President Bill Clinton:

National Gambling Impact Study Commission, formed by President Clinton, released a 1999 report citing surveys showing that well over 90 percent of all sports betting nationwide takes place off the books. If accurate, that would push the total wagered on the NCAAs across the country closer to $1 billion.

Fast forward to 2014 where more data can be evaluated yet is still a rough estimate, one sports investing website gave this estimate:

The site Pregame.com estimates that wagering on this year’s March Madness tournament will exceed $12 billion, more money than was riding on the Super Bowl. Of that, $3 billion will be put into office pools of tournament brackets.

Comparing those two estimates, NCAA Tournament betting has exploded 1100% in America. Good luck with your tournament pools this year.

H/T The Fiscal Times and BetFirm.com

The numbers are in and sports investing broke records in 2014 for betting revenue. ESPN supplied the breakdown:

The state’s 187 sportsbooks won $227.04 million off of the $3.9 billion wagered on sports in 2014. Both amounts are all-time records, according to Nevada Gaming Control.

Football, per usual, carried the load. The sportsbooks won $113.73 million on college and pro football in 2014, a giant 40.73 percent increase from 2013. Overall, $1.74 billion was bet on football in 2014, $12 million more than in 2013. Nevada Gaming Control does not track pro and college football separately, but sportsbook managers estimate the NFL accounts for around 55-60 percent of their annual football handle. From September through December, the books are up $98.16 million on football.