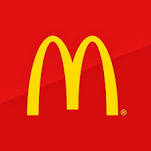 Bloomberg is out with a write up showing McDonald’s is facing rising costs which means prices have had to be raised. McDonald’s is a good inflation watch company since millions of people visit it everyday.

While the company still offers several items for $1, its menu is quietly getting more expensive. McDonald’s said its prices were up about 3 percent through the end of June compared with 12 months earlier. That’s more than the 2.5 percent gain in prices for food Americans purchased away from their homes in the year through August, according to the Bureau of Labor Statistics.

Prices being raised across the country are not done yet.

U.S. restaurants plan to boost prices 2 percent during the next six months, more than the 1.7 percent average increase from the prior 12 months, according to an October survey by restaurant researcher MillerPulse in Atlanta.

This follows the trend repeated often on this blog. Costs of goods are rising, yet many so called “experts” are saying inflation is tamed or barely nudging up. My most recent post, Consumer Price Index Shows Inflation on Many Items shows beef is up double digits. Do not think McDonald’s is the only restaurant in the burger chain feeling it. In September I showed Five Guys Burgers are also raising prices (Inflation Hits Five Guys Burgers)