DirecTV shrugged off the NFL’s recent controversies and increased their bid for a TV deal by 50%. Eight year deal worth $1.5 Billion year.

NEW YORK and EL SEGUNDO, Calif., Oct. 1, 2014 – The National Football League and DIRECTV have extended and expanded DIRECTV’s exclusive rights to carry NFL SUNDAY TICKET and its package of every Sunday afternoon out-of-market game through a new multi-year agreement.

The United States federal government starts a new fiscal year today. The President proposed a budget in March but has not worked with the Senate or House in finalizing an actual budget. U.S. federal government spending will occur through later appropriations legislation that is signed into law.

Here’s a snapshot of 2015 proposed spending and tax revenues from the President. Deficits and debt still accumulate at an historical rate. 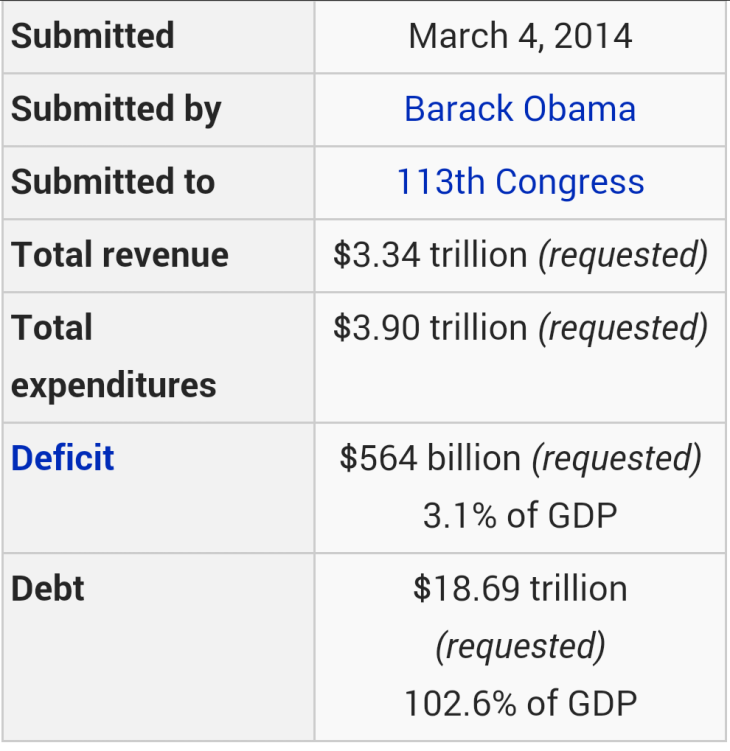