A criminal ring out of Mexico hit American retail business for quite a while but has finally been busted by law enforcement.

END_OF_DOCUMENT_TOKEN_TO_BE_REPLACED 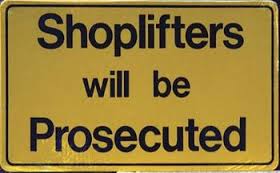 Crime against retailers is a high cost that gets absorbed either through higher prices for the consumer or loss of profit for the retailer. Not much is talked about this cost and some recent numbers shed some light on the issue. The National Retail Federation did a study in the spring of 2014 and here is what they found:

A decade has passed since NRF first surveyed its community of loss prevention and security executives about the impact organized retail crime has on their company, and with the release of the 2014 survey, it’s evident that the $30 billion a year problem still threatens retailers of all sizes throughout the country. According to the National Retail Federation’s 10th annual Organized Retail Crime Survey, which polled 76 senior retail loss prevention executives, eight in 10 (88.2%) retailers report that they have been a victim of ORC in the past year, down slightly from 93.5 percent last year.

You can read the rest of the report here.