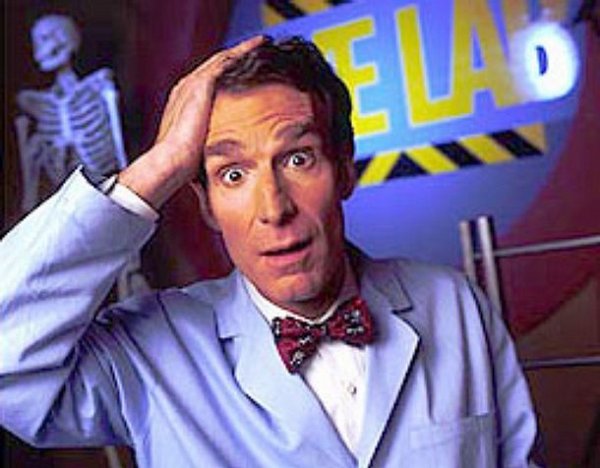 Never have been a Bill Nye believer due to his fan base treating him like a God and his theories on “climate change” being absurd.

Over at EconomicPolicyJournal.com, I stumbled upon a letter written by an economist basically showing how wrong Bill Nye is by just promoting science only in an a world that relies on economics:

Sir or Madam:In “Bill Nye: Leaders Who Are Ignorant of Science Pose Danger to Society” (Oct. 6), you write that Bill Nye (“the science guy”) “wants science literacy to be a national priority so that people can understand that the daily magic around them every day – all the technology, medicine, and innovation that makes our lives easier, isn’t some kind of wizardry – it’s cold, hard science.”I’m all for scientific literacy.  But Mr. Nye errs in suggesting that the marvels of modernity result simply from cold, hard science.  These marvels also require free, private-property markets that not only create the prosperity that enables many people to devote their lives to scientific study, but also that unleash and direct the entrepreneurial energies necessary to transform scientific knowledge into actual, useful, and widely available goods and services.It is indeed appropriate to understand and praise, which Mr. Nye does, the elegant science embedded in the likes of refrigerators, smart phones, and guaranteed overnight package delivery.  But it is equally appropriate to understand and praise, which Mr. Nye does not, the daily magic of decentralized, bourgeois marketsthat continually coordinate the productive efforts of literally billions of people spread around the globe into a vast and unprecedentedly productive market economy – a market economy that alone ensures that the science that Mr. Nye rightly celebrates is regularly put to use for the benefit of the masses.As marvelous as weather apps and jetliners are, the global competitive market – guided by prices, profits, and losses – is even more marvelous.  And yet the stupendous achievements of markets are regularly ignored by scientists such as Mr. Nye, who conceitedly but mistakenly presume that their expertise in hard science imparts to them an adequate understanding of the functioning of the economy.  It does not.  And their failure to grasp this fact reveals in them a most unscientific turn of mind.Sincerely,Donald J. BoudreauxProfessor of EconomicsandMartha and Nelson Getchell Chair for the Study of Free Market Capitalism at the Mercatus CenterGeorge Mason UniversityFairfax, VA  22030