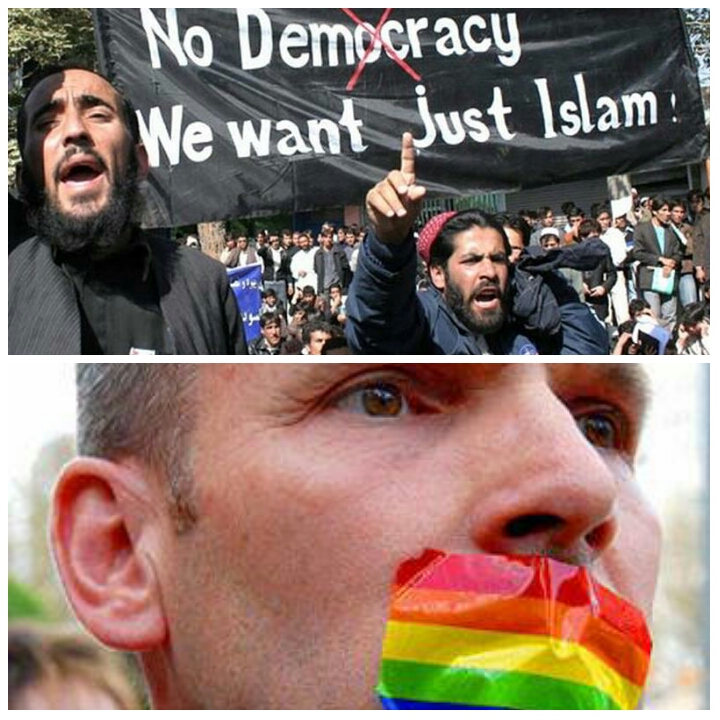 in the Orlando Islamic Jihadist attack I wasn’t shocked. When I saw the evidence roll in that the Jihadist targeted a bar specifically because gays went there, I thought the psychological tide will finally turn on this cancer in Western society.

Boy was I wrong.

Progressives, media, LGBT, moderates, etc….all scared to call out radical Islam. The President blathers on with endless filled ramblings about “looking within ourselves for change”. Media instantly changed the conversation to gun control. Hillary Clinton hijacked some other phrase in describing radical Islam. The members of the LGBT community and “Civil Rights” social justice warriors (SJW’s for short) stayed silent. This threw me off, because living in Indiana when Governor Mike Pence signed RFRA into law, all hell broke loose in the media. Finally the SJW’s broke their silence on the Orlando slaughter and the tidal wave of blame broke open. It was the NRA’s fault…..Christian bigotry…..America is to masculine. The excuses were long and sadly empty.

This segment of society prides itself on diversity at all cost. Yes the slaughter at the Orlando LGBT club is sad to them, but the unchecked changing landscape of unassimilated cultures is the end that justifies the means in the wider philosophy of diversity. Hardline Islam does not mesh with Western society and “Gay Rights”.  Political philosophy of Islam holds the top dog spot in the American diversity hierarchy. Just don’t piss it off with drawings of the Prophet Mohammed. Garland, Texas found that out. Even Indiana’s own Congressman Andre Carson tried to stop the free speech of its speakers at the “Draw Mohammed” event. The media never questioned his almost Constitutional violation.

People fear mocking the Prophet Mohammed. All other religions and western values are fair game for ridicule. Don’t believe me? Here’s an interesting tweet that shows an interview from an MSNBC reporter touching this topic:

Worth reposting: Lawrence O'Donnell perfectly illustrated why the left reserves their criticism for safe targets. pic.twitter.com/f8cizbus8H

These groups, for all the yelling and tantrums they throw on tv, are just little peons when it comes to radical Islam.

History will not be kind to these American groups in the coming decades.