Conservatives have always been shut out in two areas: media & all levels of public education.

It’s your children and tax money, so you might want to know what propaganda books your children are reading. Mysteriously during a Presidential campaign year, a new book about Hillary Clinton written for children is popping up in schools.

As Hillary Clinton sets her sights on becoming the first female president of the United States, the Democratic front-runner has found herself in another role – the subject of children’s books.

Levinson brought Clinton’s story this week to fourth graders at Cold Spring Elementary School in suburban Washington, whom she found were paying close attention to the presidential race.

“I hope kids enjoy the book, and I hope that it’s thought-provoking for them,” said Levinson, who went to Wellesley College with Clinton and interviewed mutual acquaintances and the former first lady for the book. 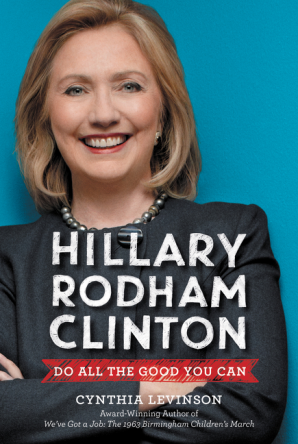