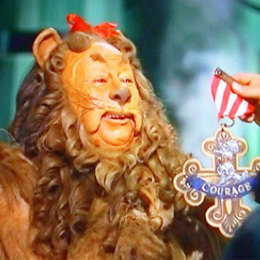 The pharmaceutical industry is pushing a new method to conquer fears……more pills for American’s to digest. The NY Times had a lengthy write up dealing with this new pill and will post a few snippets below (full article here):

Dr. Kindt assessed the subjects’ anxiety when they were shown the spider the first time, then again three months later, and finally after a year. What she found was remarkable. Those who got the propranolol alone and those who got the placebo had no improvement in their anxiety. But the arachnophobes who were exposed to the spider and given the drug were able to touch the tarantula within days and, by three months, many felt comfortable holding the spider with their bare hands. Their fear did not return even at the end of one year.

How does this work? Well, propranolol blocks the effects of norepinephrine in the brain. This chemical, which is similar to adrenaline, enhances learning, so blocking it disrupts the way a memory is put back in storage after it is retrieved — a process called reconsolidation.

Back in the 90’s, another drug was used overseas to treat fears. As with any drug that gives you a high in some fashion, this drug was abused by many and linked to crimes. I am using this as an example of what may happen if you use a drug to block your bodies natural ability in giving you warnings about things. Full article here from the Indepedent:

Temazepam treats anxiety and insomnia by numbing the senses – physically and emotionally. Doctors say it is a safe drug when correctly prescribed. The problems arise when patients have their tablets pilfered by other members of the household, or visitors, Supt Daines said.

‘They use the drug deliberately to give them the courage and, they believe, the alertness to commit crimes from car theft to burglary.’

Nearly half of those under 30 arrested in the Gateshead East area, admitted to using ‘Wobbly Eggs’, Northumbria Police said.