As billions of Catholics worldwide practice lent, giving up meat has shifted demand towards seafood.

END_OF_DOCUMENT_TOKEN_TO_BE_REPLACED 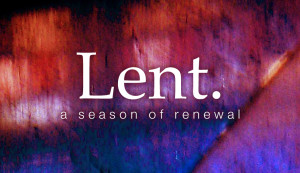 Lent season has kicked off for millions of Americans and in the food business world this means big dollars flowing as millions seek fish for their meals. Here some info I found at QSR Magazine:

Like most other quick-service chains, Long John Silver’s recognizes that Lent is a good season to leverage the attention on fish menu items, even as the brand’s core identity is built on year-round seafood. “During Lent, we see 25 percent to 40 percent increases in our weekly unit volumes,” St. Clair says. “The awareness that gets generated this time of year helps throughout the year.”

Since 2008, Arby’s has brought the wild Alaska Pollock fish sandwich back every year during Lent. Last year, Arby’s sold 11.8 million Reel Big Fillet sandwiches, compared with 8.7 million in 2012. “Our customers have come to expect it, and we are gaining more interest every year,” Metzler says.