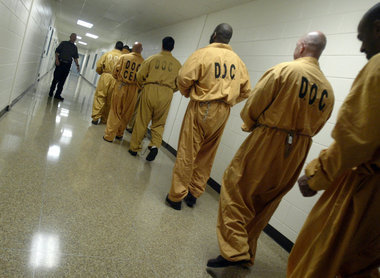 One thing Chicago values is making sure they capture ever Democrat vote.Even though this article says “volunteers”, Chicago and state taxpayers are still on the hook for providing various voting apparatuses, state/local overseers and extra security to properly move the inmates around.

Yes, this is legal since the inmates voting are awaiting trial and have not been convicted.

On Saturday, volunteers came to the Cook County Jail to make sure that jail inmates could vote in person.

Each division of the jail was equipped with a private voting booth, an attorney, and staff from the Chicago and Cook County Board of Elections.

The group Chicago Votes has been working to register voters at the jail. The group  said that 94% of those detained at the jail are eligible to vote.