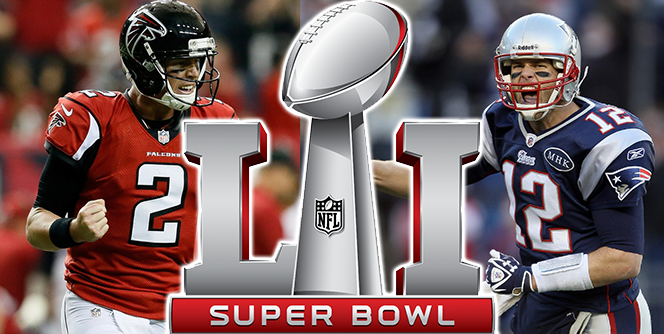 This Sunday will be the grand daddy of them all for football fans. Naturally many want to place one last wager to win some extra money.

Looking at this game, both teams are pretty solid. New England has been here many of times while Atlanta is back for the first time in almost 20 years. Here are some betting stats to look at to help place the proper bet:

New England is favored by 3 points (In the last 15 Super Bowls, the under dog is 12-3 against the spread)

Tom Brady is pissed off from his suspension and the Patriots have been here before. The game will be slow in the first half, but should pick up in the second. I’m not happy with the -3 for the Patriots. What I do like is the OVER/UNDER 59. Vegas is trying to lure in they drive by NFL fans that think this will be a shoot out, but it won’t be. New England’s defense is coming in playing sharp while Atlanta’s is just so-so.

I put money on the UNDER 59 while laying off the point spread.