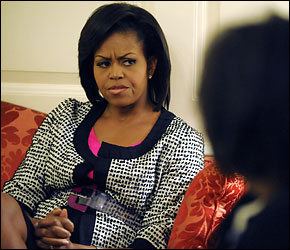 Michelle Obama will start a new career in 2017 racking up millions from speaking gigs and other business ventures. She’ll also begin receiving a yearly pension from U.S. taxpayers.

In a recent interview with Oprah, she showed her disdain for wealth. One thing she didn’t elaborate on was taxpayers will be contributing to her own personal wealth growth at the tune of $20,000 a year.

How does she get this? It’s mandated under the Former Presidents Act.

A former president’s spouse may also be paid a lifetime annual pension of $20,000 if they relinquish any other statutory pension.

Michelle Obama will not be the first to receive this. The hypocritical standpoint in criticism of her for receiving this is 1) her intellectual disdain for America’s financial wealth and 2) this doesn’t even include the millions that will be spent yearly on her Secret Service details and transportation furnished by taxpayers.

Just a little appreciation for the taxpayers would be nice.