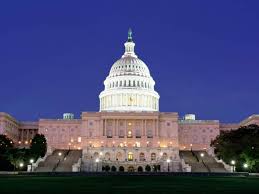 On Friday, the Treasury Department showed the U.S. national debt jumped almost $100 Billion. $98 Billion to be exact. The news release got barely any traction as our total creeps towards $20 Trillion. In fact since December 31, 2015, it is up almost $1 Trillion.

So does the average citizen even care anymore? I know some do but this population of voters is shrinking as Americans are changing rapidly in their political preferences. Many voters prefer to engage in social issues rather than basic economic issues. It’s much more fashionable to talk about racism and invisible boogie men driving down wages for specific races/genders. Another growing segment of American society are those who make money off the federal government through welfare, lobbying or as a career. They will defend and vote for their cash before talking any cuts. Meanwhile, I could stand in front of group of people speaking on how the Federal Reserve is printing money to buy federal debt from banks and how economically bad it is for the country. They would be asleep in a matter of minutes.

How do you combat this deficiency within out public? I honestly don’t know at this point. Part of me just thinks a majority of people have given up and are just waiting for the dire consequences of our nation having too much debt. They feel powerless anymore because nothing ever gets done about it so why should they care.

I’m a big activist in talking about our national debt. Unfortunately, I’m starting to feel more like the powerless voter.