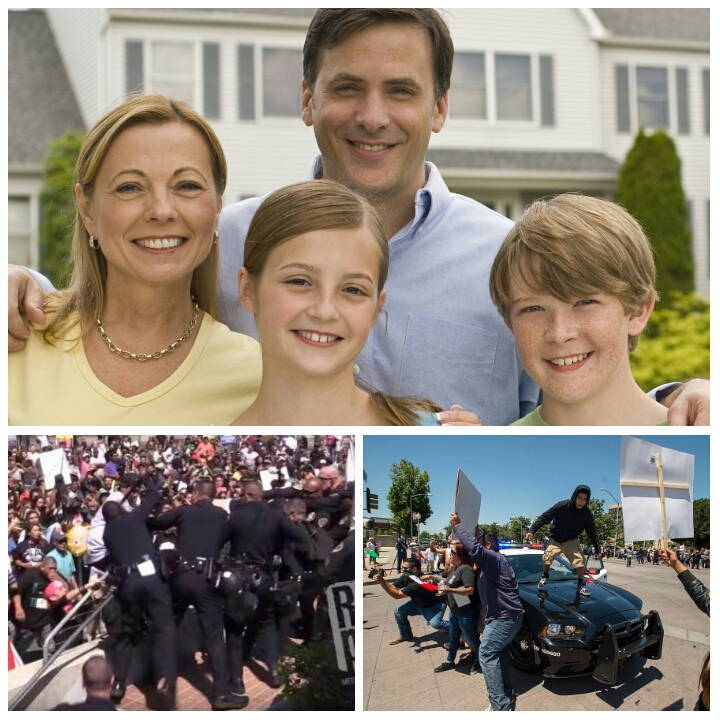 What Donald Trump violent protesters are doing is complete nonsense.

The violent protests do nothing to convert people to your side. As a student of politics, I know you’re only at the Trump events to raise hell and leave. Seeing law enforcement administer baton strikes to keep you in check as you engage in violence against property and people is very rewarding. As a conservative, I don’t care about you and you don’t care about me.

But you know deep down that us conservatives and Donald Trump supporters are not your problem. Your real problem is that you’re being used by the “Suburban Progressives”(SP’s for short) who are against Trump. Whether they are for Hillary Clinton or Bernie Sanders, they live a comfortable lifestyle nodding in approval without getting their hands dirty.

In reality SP’s want nothing to do with you. SP’s see you as foot soldiers in the cause against Donald Trump and have no fortitude to join your groups in these protests. If they have a Sanders or Clinton meet up in their suburban homes to raise campaign money they will never invite you. Get arrested for protesting Trump, think they’ll show up at the jail processing center to bail you out? The 30 to 40-year-old SP’s only physical stress they face this summer is hoping not to burn their fingers on a marijuana cigarette at a Dave Matthews concert and not about taking bean bag shots from law enforcement. While violent protesters get peppered sprayed for throwing rocks at cops, SP’s only act of disobedience is wearing a Che Guevara t-shirt to their summer job at their parents business during college break.

No matter if Sanders or Clinton win or lose, you will become a military term called “Problem of Disposal”. This means once the election is over, SP’s will dispose of you and you’ll be left still facing the consequences of your acts either legally or what damage you did to your city. The SP’s will dump you along side the road like an abandoned dog once they are through with you.

Enjoy finding your next home.