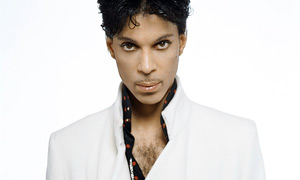 Bad news hit the world today with the death of Prince. He is a direct link in music talent from the likes of Chuck Berry. From the business aspect of things Prince was very involved in his music not hitting social media venues like YouTube or Spotify. The Hollywood Reporter went into detail of his lawsuits and his constant safeguarding of intellectual property:

Sure, there have been plenty of musicians who let out screams when Napster came onto the scene, but few were like Prince. He was so fiercely protective, the musician wanted to change the law to stop other artists from covering his songs. And so when one woman named Stephanie Lenz uploaded to YouTube a 29-second clip of her toddler dancing to Prince’s “Let’s Go Crazy,” he let it be known to Universal Music that he wasn’t happy. Pursuant to the Digital Millennium Copyright Act, the publisher then sent a takedown notice to YouTube, which led Lenz to file a lawsuit in 2007. Nearly a decade later, this litigation is still ticking, with the 9th Circuit Court of Appeals recently handing down a landmark decision holding that copyright holders must consider fair use when sending takedowns. For Prince’s efforts, he received the “Raspberry Beret Lifetime Aggrievement Award” from the Electronic Frontier Foundation when it decided to erect a Takedown Hall of Shame.

Now in death he is represented by a legal team since he has no wife or children. What were his wishes? Did he want his unreleased tracks put up for sale? Where does his money go? Does his secretive Paisly Park mansion/recording studio in Minneapolis live on without him in producing music?

“Bluntly, it won’t be his decision to make anymore,” says Howard Weitzman, the attorney for the Michael Jackson estate. “Whoever ends up being the administrators and executors will make those decisions. … Some people provide in their will how the intellectual property may be used over a period of time, but we don’t know what his estate planning is yet.”

Prince died today and maybe his music did as well……..lets hope not.