Bad news for the Indianapolis Colts,

according to the Wall Street Journal your team is a snooze fest:

No one who saw their botched fourth-down play against the New England Patriots, in which the Colts had just two players near the ball upon the snap, can be surprised by this. A banged-up Andrew Luck created a disjointed offense and things have somehow gotten worse from there. How bad is it? They lead the league in fair catches, are second in failed coaches’ challenges and rank among the top 10 in rushes for no gain and big plays called back by penalty, among others. You don’t want to watch this team right now. Bonus: At 6-6, they could still host a playoff game. 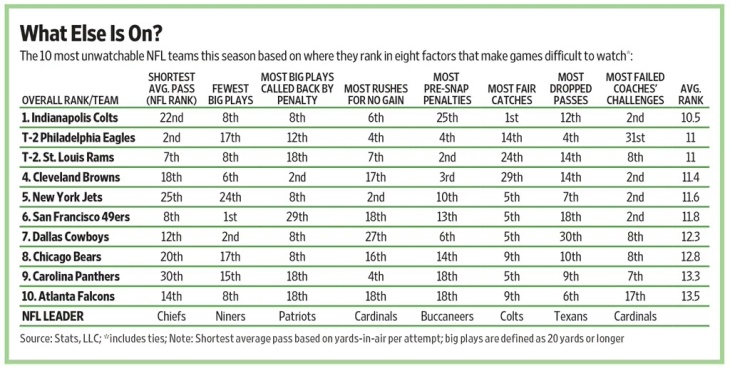